The IVAAP Data Backend SDK’s main purpose is to facilitate the integration of INT customers’ data into IVAAP. A typical conversation between INT’s technical team and a prospective customer might go like this:

Can I visualize my data in IVAAP?

Yes, the backend SDK is designed to make this possible, without having to change the UI or even write web services.

What if my data is stored in a proprietary data store?

The SDK doesn’t make any assumptions on how your data is stored. Your data can be hidden away behind REST services, in a SQL database, in files, etc.

What are the steps to integrate my data?

What if I want to extend the IVAAP data model?

My typical answer to this last question is “it depends”. The SDK has various hooks to make this possible. Picking the right “hook” depends on the complexity of what’s being added.

The IVAAP data model was created after researching the commonalities between the industry data models. However, when we built it, we kept in mind that each data store carries its own set of information, information that is useful for users to consume. This is why we made properties a part of the data model itself. From an IVAAP SDK point of view. Properties is a set of name-value pairs that you can associate with specific entities within the IVAAP Data Model.

For example, if a well dataset is backed by an .LAS file in Amazon S3 or Microsoft Azure Blob Storage, knowing the location of that file is a valuable piece of information as part of a QC workflow. But not all data stores are backed by files, a file location is not necessarily relevant to a user accessing data from PPDM. As a result, the set of properties shown when opening a dataset backed by Azure will typically be different from a set coming from PPDM, even for the same well.

Calling the properties a set of name-value pairs does not do justice to its flexibility. While a simple name+value is the most common use, you can create a tree of properties and attach additional attributes to each name-value pair. The most common additional attribute is a unit, qualifying the value to make this property more of a measurement.  Another attribute allows name-value pairs to be invisible to users. The purpose of invisible properties is to facilitate the integration with other systems than the IVAAP client. For example, while a typical user might be interested in the size of a file, this size should be rounded and expressed in KB, MB or GB. An external software consuming the IVAAP Properties REST services would need the exact number of bytes.

One of the benefits of using properties to carry information is that it’s simple to implement your own property finder, and it requires no additional work. No custom REST services to write, and no widget to implement to visualize these properties. The IVAAP HTML5 client is designed to consume the IVAAP services of the data backend, and show these properties in the UI.

Adding Your Own Tables and Documents

One of the limitations of properties is they don’t provide much interaction. Users can only view properties. The simplest way to extend the IVAAP model in a way that users can interact with that data is to add tables. For example, the monthly production of a well is an easy table  to make accessible as a node under a well. Once the production of a well is accessible as a table, users have multiple options to graph this production: as a 2D Plot, as a pie chart, as an histogram, etc. And this chart can be saved as part of a dashboard or a template, making IVAAP a portal.

The IVAAP Data Backend SDK has been designed to make the addition of tables a simple task. Just like for properties, the HTML5 Viewer of IVAAP doesn’t need to be customized to discover and display these tables. It’s the services of the data backend that direct the viewer on how to build the data tree shown to users. And while the data backend might advertise many reports, only non-empty reports will be shown as nodes by the viewer.

In the many customization projects that I’ve been involved in, the tabular features of IVAAP have been used the most. I have seen dozens of reports under wells. The IVAAP Data Backend makes no assumptions about where this production data is stored relative to where the well is stored. For example, you can mix the schematics from Peloton WellView with the production reports from Peloton ProdView. From a user point of view, the source of the data is invisible, IVAAP combines the data from several sources in a transparent way. Extending the IVAAP data model doesn’t just mean exposing more data from your data source, it also means enriching your data model with data from other sources.

Data enrichment is sometimes achieved just by making accessible the documents associated with a well. For example, for Staatsolie’s portal, the IVAAP UI was giving direct access to the documentation of a well, stored in Schlumberger’s ESearch.

Adding Your Own Entities and Services

When data cannot be expressed as properties, tables or documents, the next step is to plug your own model. The API of the Backend SDK makes it possible to plug your own entities under any existing entity of the built-in data model. In this use case, not only code to access data needs to be developed, but also code to expose this data to the viewer. The IVAAP data model is mature, so this is a rare occurrence.

There are hundreds of services implemented with the IVAAP Data Backend SDK, developers who embark on a journey involving adding their own data types can be reassured by the fact that the path they follow is the same path the INT developers follow every day as we augment the IVAAP data model. INT makes use of its own SDK every day.

Whether IVAAP customers need to pepper the IVAAP UI with proprietary properties or their own data types, these customers have options. The SDK is designed to make extensions straightforward, not just for INT’s own developers, but for INT customers as well. You do not need to contract INT’s services to roll your own extensions. You can, but you don’t have to. When IVAAP gets deployed, we don’t just give you the keys to IVAAP as an application, we also give you the keys to IVAAP as a platform, where you can independently control its capabilities.

INT has been working with the Open Subsurface Data Universe™ (OSDU) consortium since the beginning of the OSDU forum in 2019. OSDU is a standard data platform for the oil and gas industry which will reduce silos and put data at the center of the subsurface community. INT made IVAAP available as part of the Demo release of the OSDU platform.

At INT, we worked closely with the OpenSDU team to assist with validating the platform and creating a robust framework.

Visualize data aggregated from various data sources in one place.

Request a demo for IVAAP today

The OSDU Forum was created with the objective of enabling new cloud-native data-driven applications with seamless access to the full range of subsurface and wells data as well as supporting existing applications and data frameworks.

Separating data from applications is the core principle of the OSDU solution. The plan is to achieve this by developing a common data platform with standard public APIs and to involve global cloud hosting vendors to build working implementations that will:

The OSDU data platform will: 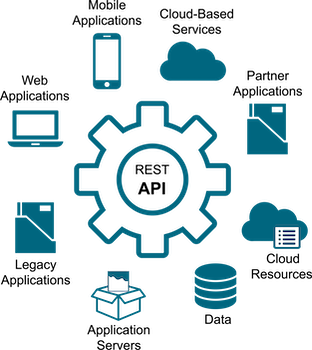 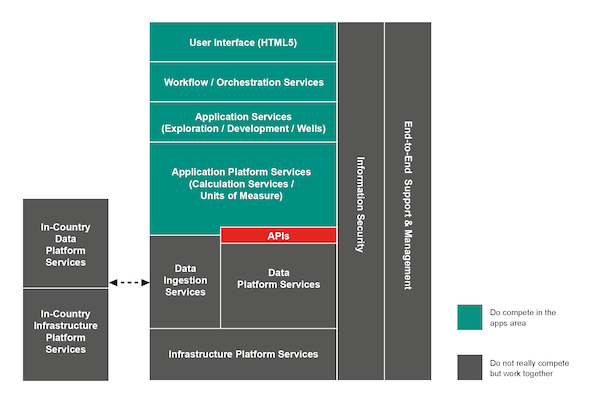 What Is the OSDU Value?

The OSDU data platform will:

Ready to Get Started?

Request a demo of the platform chosen to visualize OSDU data.

Request a demo for IVAAP today