My day-to-day workstation is a Windows PC. It has a good GPU, but otherwise, it’s a fairly normal computer. I use NetBeans IDE all the time. I also use Microsoft Word and Excel, but I find that there is still room to improve: The user interface is still overly driven by the file system. I constantly switch between applications, often repeating the same steps to point each application to where my files might be, either in My Documents, Downloads, Data, or Desktop.

INTViewer is an application that is very file-driven. Once you launch INTViewer, most likely your next interaction will be to designate the location on disk of a file to load, whether that file is a seismic dataset, an INTViewer session, or a slideshow. Likewise, as you save renderings to image files, or as you export sample values to Excel, you will need to designate a location on disk for your output.

Microsoft Windows has a standard dialog to choose and save files, but this is not an optimal way to navigate your file system from within your application because this dialog hides your content while you are choosing a path on disk. INTViewer addresses this by offering to open the directory where you just saved a file.


The idea is to make the application aware of the user workflow, anticipate it, and facilitate it. If you save a session file, your next step might be to share it with others. How many times have you saved a file and wondered the next second where you just saved it? Opening the directory where this file resides makes this next task easier. INTViewer’s non-blocking notification is not intrusive: users can ignore it, and there’s no “cancel” button to press to shoo a pesky dialog away.

One benefit that desktop applications have over web applications is productivity. A power user often loads files from the same directories. As a result, the path of these directories is well-known. This is especially true for Linux users. Why not facilitate the entry of these paths? Here is an example of field where a file path needs to be entered. 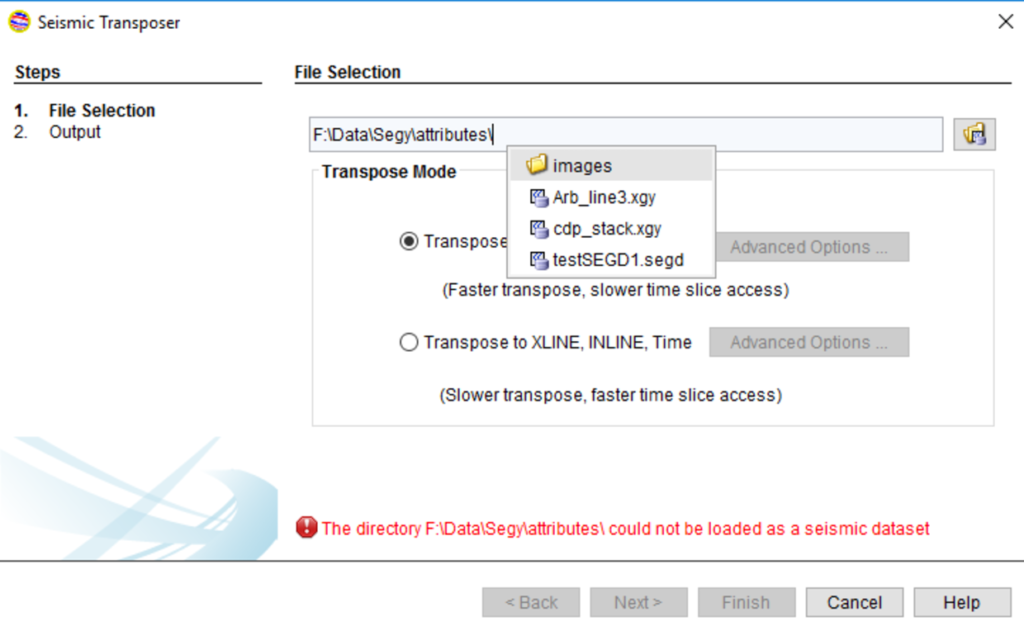 For power users, the “choose” button should only be a fallback. Otherwise, it interrupts the flow. Typing the path directly would be a better option if only it were easier. The Python terminal has no choose button, so when we designed the autocompletion of Python scripts, we made it possible for users to enter a path interactively: just type Control+Space on your keyboard. With that, the file system becomes accessible at your fingertips, without a file chooser.

This is a simple feature, but very useful in this scripting context. Once we added it, we realized it would be quite simple to reuse in the context of path fields. Path fields in INTViewer 5.2 have the same contextual capabilities as the Python terminal.

Now that both of these features are in place, I use them all the time. In fact, I save so much time (and headache), I wish all of my other desktop applications worked this way.